With the holidays upon us, it’s time to sort out activities to keep the small people entertained, and the coffee to keep you functioning. I aim for a mix of indoor and outdoor activities, lots and lots of reading, some movies and a balance of days at home and days out. It’s so important that we allow ourselves and our kids to have downtime (do as I say not as I do on this point).

Recently in the ‘Your Kids Next Read’ Facebook group managed by Allison Tait, Allison Rushby and myself, there was much discussion about book to movie adaptations. Books are regularly made into movies or tv series and it’s no wonder because great storytelling exists in all forms – written and visual, paper and screen. A few of us debated the whole ‘book is always better than the movie’ thing but I think there are a  quite a few cases where the movie has taken the book to a whole other level of gloriousness. On the whole I think it’s a hard task to shove an entire book into a 90 – 120 minute movie but they are different formats and each has a place in the telling of a good story.

Anyway – here is the recommendations from the group – comment with any others we’ve forgotten. I’ve tried to do a rating for them all but they are not in age order so do check for suitability. All these movies have a book that can be read before or after the movie so ensure you look at both forms of the story and debate and discuss the differences. I have linked to each book title where available – click the book title to read more about the book or to purchase.

Click book title to purchase from Booktopia or read more. Search iTunes using the iBooks widget in the Advertisers section on the right of this page.

Oz the Great and Powerful (tie in with book series) (PG) – ‘Oz, the Complete Hardcover Collection’ by L. Frank Baum

Christopher Robin (PG) – ‘Winnie-the-Pooh’ by A. A. Milne

Hugo (PG) – ‘The Invention of Hugo Cabret’ by Brian Selznick

The Giver (M) ‘The Giver’ by Lois Lowry 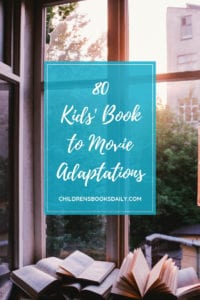