For this week’s Book People post, we asked the fabulous Jacqueline Harvey to catch up with Belinda Murrell about her new series Pippa’s Island. Fortunately for us, they agreed! Take it away Jacqueline… TMB There’s something about island life that captures the imagination. Is it the isolation and solitude, the beaches and wildlife or the tropical breezes and carefree existence of life in paradise?

A couple of years ago I played golf at a course in Scotland which overlooked the Firth of Forth and in particular an island called Fidra, the location on which Robert Louis Stevenson apparently based the map of Treasure Island. Windswept and craggy, it has a lighthouse to guide the ships as they enter the mouth of the Firth.

As I walked the fairway my mind wandered to what it would have been like to spend time there as a child, exploring the coves and beaches, collecting shells and other debris and having adventures, a la Enid Blyton. It reminded me of Kirrin Island from the Famous Five. Growing up in Australia the idea of islands with crumbling castles playing host to a posse of crooks was truly magical.

Closer to home, Wendy Orr’s Nim’s Island has entertained young readers since 2001 with the movie of the same name starring a cast of Hollywood superstars being made in 2008. Set on a south sea island, Nim lives an idyllic life with her scientist father and a menagerie of animals; Selkie the Sea Lion, Fred the bearded dragon, Chica the sea turtle, and Galileo the pelican. When her father goes missing, Nim enlists the help of her favourite author, an agoraphobic American woman called Alexandra Rover, to track him down.

Islands provide the setting in many children’s books and now we have another series of island adventures to add to the list. Pippa’s Island by Belinda Murrell follows the adventures of ten-year-old Pippa Hamilton as she moves all the way from London to Kira Island and navigates making new friends, her mother’s potentially disastrous business plans and life a world away from what she’s always known. I’ve just read the first book of two, which are both available now, and I can see Pippa and her friends becoming firm favourites with young readers. Jacqueline Harvey

I had the pleasure of chatting to Belinda about the new series.

When I was growing up, I always loved the idea of living on an island. There is something romantic and adventurous about being cut off from the rest of the world on an island that can only be reached by boat. My love of islands was probably inspired by some of my favourite childhood books such as the Famous Five, where George had her very own Kirrin Island complete with a ruined castle and secret tunnels. Also, when I was growing up my dad used to take us on many sailing adventures off the Queensland coast exploring tiny deserted islands, swimming with dolphins and sleeping on deck under the stars.

Is there an island that particularly inspired Pippa’s Island?

During our travels around Australia and overseas, I have visited many, many beautiful islands and together some of these have inspired the gorgeous tropical setting of Kira Island, with its frangipanis and palm trees, coral white sand, turquoise water and dolphins splashing in the waves. One of these is stunning Lord Howe Island, 600 kilometres off the NSW coast and some of the beautiful tiny islets of the Whitsundays in northern Queensland.

If you were stranded on a desert island what 5 objects from home could you not live without? (excluding family)

A teapot and teacup for my morning cup of tea. A notebook to write down all my adventures. A camera to take lots of photos. A hammock to swing in under the coconut trees. And a sharp dagger for carving up coconuts, chopping up fish and cutting palm leaves for shelter.

Who (anyone in history and apart from your family) would you most like to be stranded with on a desert island and why?

My book club girls. I have a group of gorgeous friends who have been meeting every few weeks for over 16 years. We read books and get together to chat about them. But mostly we laugh, share our problems, talk about our lives and eat yummy food. We get together to walk our dogs, celebrate our kids, and have had wonderful holidays together. With those friends by my side, I think we could solve any problem in the world and have lots of fun and laughs along the way.

Do you have a favourite island in the world? Where and why?

So hard to choose! My family and I spent a wonderful time exploring the Greek islands including Crete, Samos, Mykonos, Naxos, Paros and Santorini, but my favourite was probably the island of Amorgos, with its whitewashed cottages, crystal clear water, and arid steep mountains, crisscrossed with narrow donkey tracks. Completely different but stunningly beautiful were the wild, windswept islands off the West Coast of Scotland, such as Luing, with its colourful fishing boats, emerald green fields, wildflowers and ancient stone crofter cottages. Its wild beauty stirred my ancestral Scottish blood.

Tell us about Pippa and her friends and what readers are in for.

Pippa Hamilton is a fun-loving, cheerful, ten-year-old girl who loves to doodle, design things and write in her notebook. Her mum says she is kind, lively, funny and friendly, but when Pippa and her family move from London to a tiny tropical island on the other side of the world, everything changes. Pippa has to leave her home, her school and all her friends behind her, which is really tough.

Her family includes her Mum, her brother Harry and her little sister Bella. They move to Kira Island where Mum grew up, to stay in a caravan in Mimi and Papa’s back garden. Mum decides to spend their very last pennies to buy an old, tumbledown boatshed on the beachfront at Kira Cove. She plans to renovate it and turn it into a café and bookshop. But Pippa is worried that they will lose all their money in this crazy venture.

Pippa soon makes friends with a gorgeous group of girls. There is Charlie Harper, a boho beach-babe who loves to sing and play the guitar. Cici Lin is the cupcake queen, who bakes delicious treats and is a stylish fashionista. Meg O’Loughlin is the quietest, but most caring who Cici calls the Wildlife Warrior because she is on a personal mission to save the world. Together they form a secret club called Sassy Sisters, who meet after school in a round tower on top of a boat-house. Their motto is ‘Be brave. Be bold. And be full of happy spirit.’

Belinda Murrell is a bestselling, internationally published children’s author with a history of writing in her family that spans over 200 years. Her 29 books include The Sun Sword fantasy trilogy as well as the popular Lulu Bell series for younger readers. She is also known for her award-winning historical timeslip novels including The River Charm, The Locket of Dreams, The Sequin Star, The Forgotten Pearl, The Ivory Rose and The Lost Sapphire. Find out more about Belinda here. 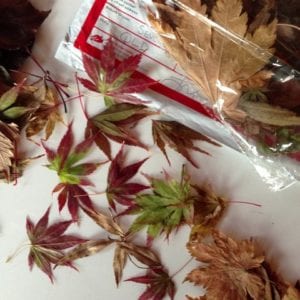