Benjamin Law is a Sydney-based TV screenwriter, journalist and newspaper columnist, who has PhD in creative writing and cultural studies. That’s the official spiel from his website but I’m pretty sure that my intro is better; Benjamin Law is an ex-Brisbanite, who used to work at the best book store around and who now writes some of the most cringe-worthy, moving, funny, insightful non-fiction in the country. His writing in Good Weekend is the first I turn to and I have long loved his columns in Frankie magazine, which is the only magazine I consistently purchase, despite having turned FORTY a few weeks ago and now clearly being out of their target demographic – DEAR GOD WHEN DID I GET SO OLD. I digress..

Since it’s publication in 2010, Law’s book, ‘The Family Law’, has had several reprints and is now a major SBS production, which I am pleased to report is as darkly funny and squirm-inducing as the book; series One is available on DVD here. Law has recently contributed to the very beautiful, ‘The Book that Made Me’, edited by Judith Ridge, a celebration of the books that influenced some of the most acclaimed authors from Australia and the world. Law’s entry, ‘Every Disgusting Detail’ talks about discovering Roald Dahl’s ‘The Twits’ in his sisters bedroom, a book which sparked a life-long love of Dahl’s work. It was absolutely no surprise to me that Law was a reader of Dahl, as his writing has the same twisted humour, and the moments of ‘oh my glory did you really just say that’ and ‘I want to laugh but I’m not at all sure if I should’, that are ever-present in the writing of Roald Dahl. I have been rationing out the entries in ‘The Book That Made Me’ (one each coffee), but I have to admit that I did turn to Benjamin Law’s entry first, though it was a close call between his and the entry from Will Kostakis.

Benjamin Law joins us here today as my 90th ‘Book Person’ and I agree with him re the dishwasher thing…when my family got one back in the 80s my mind was BLOWN…they are indeed magical.

Well, it’s technically not a book, but my latest work is co-writing the TV adaption of my first book The Family Law. Series 1 screened on SBS in January this year, and Series 2 will be on SBS in 2017. It’s a black comedy about a  big family in the midst of divorce – the funniest thing in the world, of course.
2.   How did you get started as a writer?

I was obsessed with books and magazines as a kid and teenager, and would be that irritating person who’d write in letters to Rolling Stone magazine. One edition, they chose my letter as “Letter of the Month” and sent me a Panasonic stereo for my efforts. From there I did a lot of work experience while I studied writing at university.

Wake up, all emails done by 9am, slay deadlines for the rest of the day – usually while crying in my underwear – and if I’ve been able to bake bread and swim laps somewhere in there too, then it’s been a success.

4.   Can you describe your workspace for us?

I’ve got an old beaten up antique wooden kitchen bench from the 1950s that acts as my standing desk. My laptop’s propped up on a lot of trade paperbacks and there’s a cup of green tea going on constantly.

5.   Any words of advice for young readers and writers?

6.   Do you have a favourite book or character (your own or somebody else’s)?

The Grand High Witch from Roald Dahl’s The Witches. She’s the most delicious and diabolical villain.

7.   If you were not a creator of books for young people what would you be?

I can’t listen to music while I work! Typical dude – can only do one thing at a time. And I prefer to read/watch/listen to the news or watch bad television while I eat, rather than work.

9.   How much of yourself or people you know is in your books?

Well they’re all non-fiction and my first book’s a memoir, so…

End torture. And for everyone to have a dishwasher. Those things are magical.

To purchase any of these titles click on cover images. 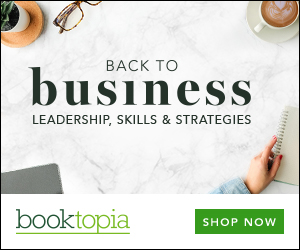