I really, really love the writing of Meg McKinlay, and when I started these Book People posts she was one of the first authors I wanted to feature. Sixty Book People interviews on – here she is. I finally plucked up the courage to ask her…seriously. Meg’s work is varied – from witty, funny, clever picture books, to small chapter books for beginning readers to the taut, brilliant, mystery for upper primary readers that was ‘Surface Tension‘ -she is quietly creating a very well respected name for herself. It is ridiculous that I get nervous about new works by authors whose words I adore, but nervous I was when picking up ‘A Single Stone’ to read.

Every girl dreams of being part of the line – the chosen seven who tunnel deep into the mountain to find the harvest. No work is more important. Jena is the leader of the line – strong, respected, reliable. And – as all girls must be – she is small; her years of training have seen to that. It is not always easy but it is the way of the things. And so a girl must wrap her limbs, lie still, deny herself a second bowl of stew. Or a first. But what happens when one tiny discovery makes Jena question everything she has ever known? What happens when moving a single stone changes everything?

‘A Single Stone’ is everything I want in book for our young people: beautifully haunting writing; each word carefully considered; a melodic rhythm to the story; and issues so varied and vast that young minds are set alight with imaginings and then burn slow with questions and gathered wisdom.

Themes of gender, power, corruption and body dysmorphia are all interwoven and though this is probably best classed as speculative fiction, there are elements of dystopian fiction  throughout. I read this around the same time as I saw the new Mad Max film…and the Mothers’ in this film were exactly how I pictured the Mothers’ in ‘A Single Stone’ – but McKinlay’s work would make a much better film (someone forgot a storyline for Mad Max!). As a teen I ploughed through Chinese historical fiction and  had an absolute (potentially morbid!) fascination with footbinding and issues around body dysmorphia,  ‘A Single Stone’ gripped me in very much the same ways – the fascination at the human body and that we think we could/should try and define it’s shape.

Five stars also to the designers of ‘A Single Stone’,  who have so carefully considered the cover that I would like to frame it for my wall – it speaks of female strength, power and beauty and is a perfect match for the text. Walker Books continues to produce some of the best designed books around in my opinion. I’m pretty sure there is going to be awards in the future of this beautiful book – both for writing and for design. Thank you for joining me here Meg!

Ten Things You Need to Know About Meg McKinlay

A Single Stone is speculative fiction for ages 10-15-ish, set in a village which has been cut off from the outside for generations by a natural disaster. The village’s survival depends on a precious mineral which can only be found deep in the surrounding mountains and mythology dictates that this must only be harvested by girls, who are kept small from birth in order to tunnel through crevices in the rock. Fourteen-year-old Jena, who leads the line of tunnellers, occupies a coveted place in the village hierarchy but in the course of her work she makes a discovery that leads her to question the beliefs she holds dear. Perhaps the world around her isn’t really set in stone…

I’ve always been a scribbler of fragments, snatches of poetry, the odd line here and there. That’s just something I find satisfying, a particular way of connecting with the world. One day I jotted down something that took shape in a more concrete way and turned eventually into a poem, which I naively sent off to a literary journal and they equally naively published. So I came to publication through poetry for adults, and it was a while later that I had an idea I thought might possibly be a picture book, and started noodling about with writing for young people. My first poetry collection, Cleanskin, and debut novel for young readers, Annabel Again, were actually published in the same year.

There’s no typical day as such because writing is not my only work and there are lots of other variables in the mix. But if I have what I think of as a ‘writing day’, I’ll usually settle down to work by about 8.30, after some exercise and stretching. I tend to handle day-job work first, which generally takes about an hour and I might also deal with some admin tasks or social media then too.

Ideally, I’ll get onto some actual writing by mid-morning. I can’t sit for long periods, so I’ll move between different work-spaces throughout the day – seated desk, standing desk and treadmill desk. I’ll usually break that up further with gardening, housework and random bouts of stretching just so I keep moving and am not in any one position for too long. This is also good thinking time; I don’t find it productive to keep hammering away at something without leaving spaces for my thoughts to percolate, so building in these little gaps works well for me on different levels. I’ll work in this fairly piecemeal way until mid-late afternoon depending on what else is on, and often do a little more after dinner.

In terms of actual output if I’m working on something new, I’ll generally aim to get at least 1000 decent words down on a writing day. Later, I’ll realise they weren’t decent at all, and throw 998 of them out, but that’s another story!

My main workspace is a lovely light-filled study which overlooks our front yard. The room itself is a kind of Sargasso Sea where all the detritus of the house washes up – bills, notes from school, things we’re not sure what to do with but don’t want to throw out, and so on, so it gets quite cluttered. I kept most of that chaos out of shot for the photo!

On the desk are many things crucial to my work – laptop hooked up to large monitor, piles of papers, and the usual stacks of booksbooksbooks, but there are also things like heat packs, yoga/tai chi cds, fitball, free weights, and an old side table that doubles as a kind of standing desk, which are just as crucial in different ways. Also important is what’s visible out the window: view of native garden, frolicking birds, and rain-chain down which water tumbles merrily.

5. Any words of advice for young readers and writers

Be in the world. Be curious and weird. Catch everything and play with it; let yourself misunderstand, misinterpret, misfire. Let yourself think your strange and beautiful thoughts, especially the ones that make you feel there’s no one else quite as odd as you; that’s where the stories that matter will come from.

I have no idea how people choose favourite anythings. I tend to be swayed by the recency effect so the last fabulous thing I read looms largest. But I do love Mo Willems’ pigeon. It may be that he connects to my memories of childhood powerlessness; I especially love that cathartic moment when he just totally loses it and screams, ‘LET ME DRIVE THE BUS!’. I’m not sure what that says about me. I fear I may have revealed too much.

I’d probably be an academic, which is what I was doing before I made a left turn into writing. Back then, I was teaching things like Australian Literature, Poetry, and Japanese Language, but I think if I’d stayed in academia there’s a good chance I would have ended up in socio-linguistics.

I can’t say that I really do either of those things. I don’t listen to music as there’s already so much noise in my head and I like to tune completely into the voices of my characters. And snacking while I work feels like it would be a very slippery slope indeed! If I’m feeling peckish, I’ll sometimes grab a little bowl of nuts or sunflower seeds, but that’s about it really.

Probably much more than I’m aware of!  Some things I use consciously – anecdotes from my childhood and so on – but usually in an incidental way or as the very starting point of something and these sorts of things are usually transformed unrecognizably by the time I’ve done my usual 73 drafts. I gather material from all around me but try to be careful about using anything that might identifiably ‘belong’ to a particular person.

I suspect I’m much less conscious of how much of myself sneaks into my work. Often it isn’t until I get some distance from a piece of writing – perhaps via reviews or other reader feedback – that I recognise an aspect of myself in it. Sometimes I don’t realise I have a particular trait or preoccupation until I see the extent to which it infuses my work. We talk about readers recognising themselves in books but I think there can be a kind of parallel process for the writer, too.

More empathy for all. I think that so much turns on our capacity to put ourselves in the place of others and the ripple effects of such a simple yet fundamental shift would be extraordinary.

Check out more of Meg’s books below and click on covers collage image to purchase. 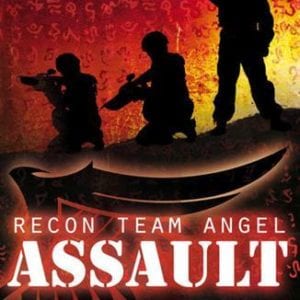