‘Book People’ is a series of posts in which you will meet some talented and dedicated authors, illustrators and publishers.  These are the people that start our children or students on their journey as lifelong readers and I for one am completely in awe of them. Some people idolise movie stars. Me? I idolise creators of children’s and YA books. I stalk them online (in a nice way!). The world of children’s literature is full of creative, interesting lovely people and this series is about meeting these people and getting to know them a little bit better. Each post is a great starting point for an author study in your classroom, or just for learning a little more about your favourite creator of children’s/YA books.

Today I’d like you to meet Michael Gerard Bauer. The man is a writing genius and I’ve loved every single one of his books. He owes me so many boxes of tissues for the times his books have made me sob, several times in front of a class. His writing is often ridiculously funny, but always with depth and strength, and his books are pitched perfectly at the age range for which they are intended. Many of his novels are now studied in classrooms across Australia, and his books are published worldwide and frequently awarded.

You can read about my EPIC FAIL in underestimating MGB many years ago here. I totally dismissed him. Sigh. Regret.

Ten Things You Need to Know About Michael Gerard Bauer

My latest book is a comedy about a grade five boy called Eric Vale (Megan note – review here) . Unfortunately Eric gets lumbered with the nickname Epic Fail which turns into an increasingly disastrous self-fulfilling prophecy for him. So Eric with the help of his crazy super-positive friend Chewy Rodriquez attempts to conjure up some kind of Epic Win to get things back to normal. Perhaps not surprisingly, the book is called ‘Eric Vale Epic Fail’ . The exciting thing about this book is that it is fully illustrated by my multi-talented son Joe. Joe is primarily a film-maker. You can see his trailer for ‘Eric Vale Epic Fail’ below. Strangely enough, the whole idea for the story started when I accidentally typed ‘eric fail’ instead of ‘epic fail’ while writing a comment on facebook.

I guess I wanted to be a writer of some kind since my late teens. My first dream was to be a singer-songwriter. But apparently in order to achieve that, you have to be really good at singing and writing songs. So unfair! At university I tried my hand at other kinds of writing like poetry and comedy sketches. When I became a teacher I was always going to write short stories and send them away to magazines in the hope of getting published, but I never got around to actually doing it. Years later one of those short story ideas grew into a bigger story in my head. I was so desperate to write that story that I resigned form my teaching job to make a start. After three years of on-and-off teaching and writing I had finished the manuscript. The next year it was published as The Running Man and it won the CBCA Book of the Year for Older Readers and that changed my life completely. For the so-much-better.

A lighter and warmer period of time that starts just after the sun comes up and ends when it goes back down. Serious answer? Ok. I think I have three typical days if that’s even possible. The first would be where I’m doing talks and workshops at schools. The second would be when I’m in the middle of a writing project. This would be a day when I get up early and go for an hour long walk then have a shower and breakfast and spend most of the rest of the day writing. I don’t tend to write much at night. Probably because I watch way too much TV. The third typical day would be sitting at the computer doing administration type stuff like writing emails, preparing for talks, festivals and trips away and writing blogs. Oh, and possibly wasting time on facebook. (Megan note – REALLY MGB? NOOOOO?!)

4. Can you describe your workplace for us?

You know those office spaces they create in Ikea showrooms? Well it’s nothing like that. In actually fact I have two workplaces. There’s a larger study upstairs that I share with my wife. It has a work area along one side with lots of overflowing book shelves filling up two other walls. Then there’s a small study nook downstairs.

5. Any words of advice for young readers and writers.

Readers: Read my books! You deserve them. Better still, buy my books! Apart from that, just read for fun and pleasure. And if you don’t like reading I don’t think that means that reading isn’t for you. I think it just means you haven’t found the right book for you yet. Start searching and seek help from people who know and love books. I guarantee it will be well worth the effort.

Writers: Write the stories that you would love to read. Have fun and believe in yourself. The more you write (and read) the better you will get. But don’t be easily pleased with what you write. Strive to be the best writer you can be. As Thomas Mann said, “A writer is a person for whom writing is more difficult than it is for other people.” That’s because writers should care about every word they put on the page.

6.  Do you have a favourite book or character (your own or someone else’s)?

Ok, I have lots of favourite books from classics like Catch 22 and The Grapes of Wrath to more recent YA books like The Messenger by Markus Zusak.

YA is my favourite genre of books to read.

Probably a burnt out teacher who spent his time dreaming of being a writer.

Sometimes when I’m busy writer my wife brings food to me. Any food someone else gets for you is always delicious! A nice cup of coffee is great too. No music though. I love music but I find it distracting when I’m trying to think and write.

There are little bits here and there of people I know or have met in my books, but more ‘types of people’ rather than particular individuals. I think whenever you write it’s inevitable that your beliefs, convictions and attitudes find their way into the storyline and affect how it unfolds. I haven’t based a character specifically on me, but Ishmael from The Ishmael Trilogy and Corey from Just a Dog and Joseph from The Running Man certainly have some personality traits that I can relate to.

My wish for the world would be that whenever anyone looked at another person, they saw themselves in them. Empathy is a powerful and beautiful thing.

Michael blogs about writing and life in general here.

All his books can be purchased through Booktopia or your local independent bookstore. If you’ve not read his first…‘The Running Man’ you MUST. My other complete favourite is ‘Just a Dog’. 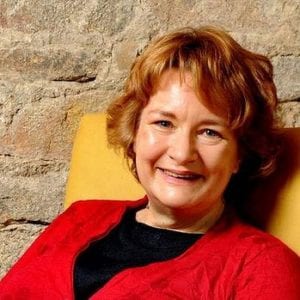