It is my very great pleasure and immense honour, to introduce you today to Will Kostakis. Will is without a doubt one of my favourite YA authors of the last few years and he is ridiculously young so he surely has plenty of writing years left in him – I do hope so anyway! If you are a YA fan and you don’t already follow Will on Instagram – click away – his selfie action is strong (and funny) and I enjoy seeing what he is up to with Penguin Teen Australia team. He is a regular visitor at school  (see here), where students and staff fawn over him and social media accounts, including mine, are flooded with selfies with Will. Seriously. Look at him, AND he’s one of the best in the YA business, what’s not to love? If you’ve not yet read The First Third, click now, my review is here.

For those of you who don’t know Will, here’s the official bio from his website that follows my gush:

Will Kostakis writes books for young adults, and the other adults who like to read about them. He was a teenager when his first novel, Loathing Lola was published. His sophomore, The First Third is an intimate portrait of a broken Greek-Australian family and the boy tasked with repairing it. In 2014, Will won the Gold Inky Award, and was shortlisted for both the Prime Minister’s Literary and the Children’s Book Council: Book of the Year awards. In 2005, Will won Sydney Morning Herald Young Writer of the Year for a collection of short stories. (credit: http://willkostakis.com/about/)

His latest novel, The Sidekicks is out at the END OF THIS WEEK and I’m incredibly fortunate to have already read it – and you can pre-order it here. Like with all of Will’s books, I sobbed, I laughed, I turned pages rapidly with little regard for what I was meant to be doing IRL, and I lost sleep. All for a good cause. Oh my glory readers, just you wait. I’m calling it now…multiple shortlistings for awards around the country. Review by Trish Buckley coming tomorrow. I could have reviewed it myself but I felt that it was only fair to call in the big guns, and Trish is one of the most prolific readers of YA in the country and a former CBCA judge. She knows her stuff when it comes to YA and my review would have just said: Buy it now. Read it. Love it.

Will you wait for the review, here’s my interview with Will.

What prompted you to write The Sidekicks?

I wanted to try my hand at juggling distinct voices, mostly because I wanted to prove to myself that I could do it. Then it was a matter of finding those voices, and finding the story that united them. I gravitated towards a story that has been lodged in my head since high school. I lost a friend in similar circumstances, and while I wanted to explore the minefield of grieving at an all-boys school, I never felt I was quite good enough to get it all down on the page. If I had my way, I’d still be waiting to get better, but I knew I’d never think I was good enough, and I feared losing that emotional memory that now runs through The Sidekicks.

It’s definitely your saddest novel to date. How did you make sure the heaviness didn’t become overpowering?

In terms of tone, I always came back to Beyoncé’s ‘XO’ (shout-out to YA author, Gabrielle Tozer, she’ll know why). It’s hopeful in the face of despair. When I pictured the filmic adaptation, and imagined the trailer, that song underscored it. It forced me to focus on the uplift, the “light in dark places” as Ryan puts it.

The First Third was so … Greek, whereas The Sidekicks, while diverse, doesn’t seem as concerned about race. Was that a conscious decision?

It was. While Loathing Lola had hints of Greek, The First Third leant on it a lot. Don’t get me wrong, I love that aspect of the book, it’s what makes it special, and it’s for that exact reason that I didn’t want to go back to that well. I wanted The Sidekicks to be special for different reasons. It still touches on race – Harley is Irish-Dutch-Lithuanian-German-Inuit, but his race doesn’t inform his identity in the same way Bill’s Greekness does in The First Third. He jokes that with that many hyphens, “you come out looking some kind of Spanish”. Of all the sidekicks, he is the most lost, he doesn’t have a sense of who he is, or who he intends to be. He’s the inverse Bill, who had his Greek life planned out for him in thirds (be embarrassed by your family, build a family like the one you had, embarrass your family).

What lesson did you learn from your previous novel coming into this?

The First Third was a book about dread, fearing the inevitable. And when the ending is inevitable, the book is … predictable. I was comfortable with that. I wasn’t interested in twists and turns. I loved the ways the characters played off each other, the Greek jokes, the familial bonds, and the warmth. But I learnt that most readers actually don’t like to know the ending three pages into a book (funny that!), so this time around, I wanted to make sure the book was consistently surprising.

This is your third novel for young adults – so what should readers expect from a book by Will Kostakis?

Death, apparently. [Laughs.] There’s a clear through-line. The hints of Greekness in Loathing Lola led to The First Third’s Greektacular. The central male friendship of Bill and Sticks inspired The Sidekicks. My latest two, they’re thematically similar. They’re about what brings us together (and they exist in the same universe, Marvel Cinematic Universe eat your heart out). I guess, readers should expect me to put everything I have into a book with my name on it. I finished drafting The Sidekicks in January and I’m still spent. I mightn’t have been good enough to write this story yet, but I faked it right to the very end.

Will, you were well and truly good enough and ready enough to write The Sidekicks. Thank you. So much. [SIGH]. 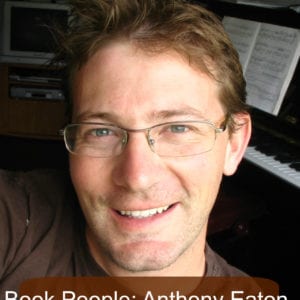