Review of ‘Once a Creepy Crocodile’

Home » Review of ‘Once a Creepy Crocodile’

Review of ‘Once a Creepy Crocodile’

The Wild Thing (3) thinks this book is just darned marvellous – a crocodile hosting a tea party and a host of animals escaping his jaws. What could be better! She’s also rather partial to a rhyming text and this one is based on the rhythm of ‘Waltzing Matilda’ so it is catchy and boy does it stick in your head! We’ve all been humming the words of this text – so it’s a perfect book for reading aloud…over and over and over.

Rhyming texts give those who are learning to read confidence as they often guess the rhyming word and once they have read the text once the rhythm helps them to re-read with ease and confidence. The illustrations support the text beautifully – the animals are hilarious and and the brightly coloured pages will keep even the youngest readers entertained.

‘Once a Creepy Crocodile’ started its life at a workshop and I saw a draft of this book at the StoryArts Festival last year, and have followed with interest. I asked Peter a few questions about the road to having this published and what’s next for him. Thank you so much Peter for taking the time to answer!

Peter can you tell us about your journey with having ‘Once a Creepy Crocodile’ published?

It was started in a workshop with Jan Ormerod at the 2009 Ipswich Festival of Children’s Literature, organised by Jenny Stubbs and the Ipswich District Teacher Librarian Network.

Jan read her book ‘If You’re Happy and You Know It!’ (dog – wave your tail; elephant – flap your ears etcc) to us and asked for suggestions to help her with lines of a new one that she was working on. I can’t remember the rhythm of it, but everyone was silent, for it was too hard, so she said “Choose any familiar non-copyright nursery rhyme or song and write fresh words to the same rhythm. Find a partner or two. You’ve 15 minutes, then one of you can read out your effort. Go!”

“‘Ring o’roses’? ‘Hickory-Dickory’? Quick – or we won’t have anything to share. ‘Waltzing Matilda’?”

“Yes!!!” (I’m not certain which of us suggested ‘Waltzing Matilda’. It could easily have been Julie.)

We came up with three verses on the day and everyone applauded when Julie read them. The next morning I emailed Julie and asked if she intended to keep working more on it, or if she’d mind if I carried on developing the text myself – and she very generously agreed that I could make it my own. But it’s really partly hers, and it’s also had input from many other writers in networks to which I belong, and who are acknowledged in the dedication.

Jan took much interest in all the versions that followed and it’s rocky pathway towards publication.

It was first pitched it to a panel of editors and agents it at the 2010 International SCBWI Symposium in Bologna (the Society of Children’s Book Writers and Illustrators). Only NZ agent Frances Plumpton was encouraging. The other panellists questioned whether children in the US would be interested in unfamiliar creatures such as a dingo and a brolga, and suggested changes to animals everyone would know – such as lion, mouse or coyote. The audience members from a wide range of countries, however, liked it just as it was and shouted that all the Australian animals would be illustrated, so it wouldn’t matter if they were unfamiliar.

That’s not meant as a criticism of those editors and agents – it just wasn’t the kind of book that those publishers sell or the kind that excited those particular agents.

While at the Bologna Children’s Book Fair, I also met Editor Helen Chamberlin from Windy Hollow Books, and she later suggested the addition of extra verses. After more work over a period of months, next it was entered into a competition in 2012. Though it was scored highly by their judges, it didn’t make it to the shortlist for a prize – but it was loved by Karen Tayleur, Managing Editor of the Five Mile Press when she did a paid appraisal of it at the SCBWI International Conference in Sydney in the same year.

With Karen’s enthusiasm shown, I thrust a copy of the story into the hand of one of my all-time favourite illustrators,  Nina Rycroft, as she was about to leave to go home from the Conference, and I asked her if she’d consider illustrating it if a contract was offered. Though a publisher decides and usually chooses the illustrator themself, I was able to inform The Five Mile Press that Nina was willing and available if they wished to approach her.

But there was a problem. The Five Mile Press sales team believed that a CD should be included of the text being sung. Was the rhythm of Waltzing Matilda copyright for the words, and for the tune if it was recorded? Australia had paid a fee to a US copyright-holder when ‘Waltzing Matilda’ was sung in the stadium at the Atlanta Olympics. Apparently this was solved for the book (for Australia, at least) and it was accepted for publication in February 2011 – two months after Jan had died.

During the time that Nina was busy painting the illustrations, the text was again improved with Karen’s editing and also to ensure a fit with Rusty Berther’s musical arrangement.

The book was finally released in July and should now be available from ‘all good Australian bookstores’ (and Target and BigW). The CD also includes Rusty’s rendition of Banjo Paterson’s original version – which is a superb outcome as it provides young children with an important contribution to our heritage and national identity.

Some of the characters are lesser known Australian animals, even to Australians, and true facts about them can be found on my Writing-for-Children website at http://www.writing-for-children.com/Once-a-Creepy-Crocodile.html, along with the music score to play or sing, and outlines to print on thin card that can then be cut out and attached to paddle-pop sticks to act out the story or make up a new one

I hope that one day I’ll discover someone has posted a YouTube of a school choir or band performance!

Have you got other books on the way?

There once was a tree-frog

who lived by a gate,

And he hopped out each night

at a quarter to eight…

A lady came to visit us one evening and saw a green tree frog just starting to climb out of his home in our gate post. But she thought the frog was a fancy gate handle, wrapped her hand around it and tried to pull it upwards. “Oh, yucky!” she cried, when it wriggled.

We never saw her again, but we liked our tree-frog and called him Herbert, and I started a rhyming story as soon as she drove off.

Only an initial version has been completed and it won’t be submitted to a publisher until it’s been polished. It can be read by two people alternately and at once, adult and child or two children, maybe even more, so if any family or school class of grade two or older would like to help test it out and develop it, I’d love to hear from them. Like ‘Once a Creepy Crocodile’, it has possibilities of also being a song – I’ve got an idea of what it could sound like, but I’m not an accomplished musician and haven’t attempted a score or recorded it yet. It may never become a published book.

‘A Tart Tale’ will definitely be published, but I’m not sure when. It’s been written by Jennifer Poulter – my contribution has been designing and painting the border and illuminating it with gold leaf, and calligraphing the words in a different style for each character. It’s a retelling of the Queen of Hearts and her tarts from the perspective of the Knave, the Priest, the Lady in Waiting… It’s being illustrated by Mandy Sinclair, in Scotland, who draws castles and illustrations for the Scottish Tourist Board, and it will be wonderful. The publisher who has made us an offer is in the US, but before we accept it we’re keeping our options open, hoping that we’ll find an Australian house who markets worldwide.

Here are a couple of unfinished pages:

Then there are other ‘normal’ picture books texts in a range of stages of completion, a YA on the back burner and some non-fiction sample chapters written… Did you know that Freddie Lane, Australia’s first Olympic swimming champion (Paris Olympics of 1900) won gold and bronze for the same race? We are distantly related and I have the photos. 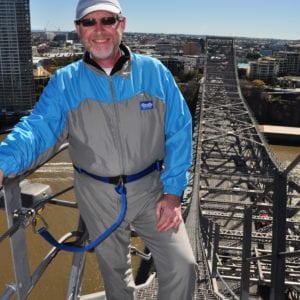