Click on title links or cover images to purchase from Booktopia when shopping online in Australia to #supportaustralian.

Purchase in store from your local independent bookstore where possible #supportlocal.

When he wags school, all 16 year-old private school kid Connor Giannopolos is trying to do is avoid his ex-best friend. Instead he stumbles upon a trapdoor to a secret chamber under his school. But when Sally Rodgers breaks into the same secret chamber looking for an ancient being, things take an unexpected turn . . .

Connor, Sally (and later Locky) discover the Monuments – gods who have been buried for generations – who created the world and hid themselves away from humanity to keep us safe. But now they’re exposed and vulnerable, and Connor isn’t sure who, himself included, can be trusted with the knowledge and the power these gods have.

Will Kostakis has blended realistic fiction, adventure and fantasy in his latest novel, and while this could result in a hideous mish mash of genre tropes, Kostakis has expertly plotted and planned and somehow he pulls off his rather ambitious plan.  ‘Monuments’ slips effortlessly between contemporary Sydney and the lives of ancient beings and while in some ways this seems a departure from ‘the Will Kostakis we know and love’, his whip-smart wit shines through as always and somehow it just works.

Will Kostakis and I at St Aidans.

Perhaps ‘Monuments’ works because this is a YA novel for actual 14-18 year olds to enjoy. I mean I’m 43 and I darn well loved it, but this is absolutely a YA book for YA readers – Will isn’t trying to prove anything, he is not seeking the approval of the adult reader and he has not shoved a stack of ‘worthy issues’ into the plotline to educate and entertain.

This is not to say that ‘Monuments’  is lacking in depth. Kostakis has proven himself a pro at dealing with ‘worthy issues’ with books like ‘The Sidekicks’ (review here) and ‘The First Third’ (review here) but with ‘Monuments’ the issues are more non-events – they exist but are never laboured over.

Connor is Greek/Australian and gay but there is no coming out angst, we just see him as gay and crushing hard on a darned good looking guy, who also happens to be Indigenous. He struggles with loyalty and love for his elderly Pappou and he’s going through a totally crap ‘friend divorce’. It is incredibly refreshing to read a story where diversity just is.

Will has a deep and considered understanding of the importance of representation of diversity in literature and he was my first choice when I wanted someone to write about this topic in my own book – thank glory he agreed as I didn’t have a back up plan, I wanted Will!

If you and your teen readers have not yet discovered Will Kostakis, have a read of my 2016 interview with him and absolutely track down all his writing and put  ‘Monuments’ at the top of your teens ‘to be read’ list post haste. 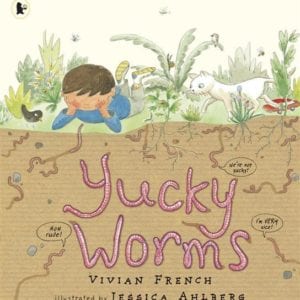