Review of ‘Pennies for Hitler’

Home » Review of ‘Pennies for Hitler’

Welcome guest reviewer – Jackie Child! Jackie is my partner in crime (aka my teaching partner). She was hired as I thought she and I were SO similar. In fact we are not: she runs, hops, skips, jumps and generally enjoys sweating. She also does not cook…SHOCK! HORROR! Fortunately we have bonded over the important things in life: books; gardens; education; humour.

The enjoyment I get from reading Jackie French’s novels parallels that of when I was young reading Enid Blyton. Though her writing is absolutely nothing like Blytons, that sense of escaping into the world of a book is always there in French’s writing.

‘Pennies for Hitler’ did not let me down. It is a companion piece to the brilliantly written ‘Hitler’s Daughter’. Both novels examine the life of a child during WWII. ‘Pennies for Hitler’  narrates the life of a German boy, Georg, whose grandfather was Jewish and father English, before the outbreak of war through to the end. From the start Jackie French hints that all is not good and horror will strike. Georg’s father, who is a Professor of Poetry, is attending a graduation ceremony where things turn nasty and Nazi sympathisers start throwing Jews out of the windows. It is from this point that the reader follows Georg on a most incredible journey. He is smuggled out of Germany in a suitcase…which rather reminded me of my girlfriend who did the same with her baby, but out of Darwin in 1974 during Cyclone Tracy!

To survive in London with his stoic Aunt Miriam, Georg listens to the BBC radio to help him refine his accent and reads English novels at the local library…and befriends the librarian, Mrs Huntley (good boy!). Georg is renamed George and attends school. He witnesses and experiences the cruelty of war as London is bombed. Aunt Miriam is moved to the country for her work and Georg is sent by ship to Australia with other evacuee children.

The elderly family who take in Georg is kind and loving and he settles into a whole new life. The story relaxes somewhat at this point and the reader enjoys the openness and freedom of Australian life. It picks up again when the family’s only son is fighting in the war. Georg develops good friendships and loyalties in Australia, eventually helping him to conquer his inner conflict and foster a sense of belonging.

Throughout the story Georg battles with his insecurities and identity. He must forget his past and that he is German. He has to grow up fast and is always looking for a place to fit in. He constantly wants to know what happened to his mother who was left behind in Germany.

It is a story about what hatred can do and what kindness DOES!

‘Pennies forHitler’ is another well researched, written and heart-rending novel by Jackie French. It is historical fiction at its best. There are comprehensive historical notes at the end of the story providing the reader with a myriad of information to learn from and describing the incidents in the story which are based on true events……..there are even war time recipes, Megan!

Teachers’ Notes to follow up written by Dr. Robyn Sheahan-Bright are here.

Secrets of the Honey Bee 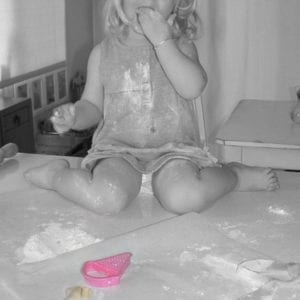 Numeracy in the Kitchen