‘Sometimes rain made me want to cry, like there was something deep inside of me – the sadness flower that opened up when rainy days came, and blossomed inside of me until I couldn’t breathe.’

Click on title links or cover image to purchase from Booktopia or use the buttons below.

There is very little I can say about this book that has not already been said in the many, many reviews that exist of it online. It continues to gather literary awards and critical acclaim and basically I am shoving it in the hands of every middle grade reader I know. Lenny has been popular with adults and young people alike and, in time, I predict it will become a modern classic – it really is that good. ‘Lenny’s Book of Everything’ is exquisite, heartwarming and heartbreaking; just read it okay?

Lenny, who is small and curious, has an ‘unladylike’ fascination with beetles and bugs. So when her mother wins the ‘Burrell’s Build-It-at-Home Encyclopedia’ prize, a whole new world is opened up to Lenny and her brother, Davey. With an issue arriving every month, Lenny and Davey’s lives are transformed by exploring the wonders of the universe.

Cynthia Spink, their single mother who Lenny gets her ‘shortness’ from, works hard to put a roof over Lenny and Davey’s head and is a real worrier. Especially when it comes to Davey, who will not stop growing. So fast in fact that by the time he starts school, he’s as tall as an adult, but with a bit of a lean. As time goes on, they all seem to realise that there are lots of problems with growing so big and some that are dire.

About the Author  Karen Foxlee lives in South East Queensland, Australia with her daughter and pet parrots. She is a prize winning author of not only children’s books but also adults. ‘Lenny’s Book of Everything’ is the second novel to have been shortlisted by the CBCA, with ‘A Most Magical Girl’, which was also the Readings Children’s Fiction Prize in 2017. Karen’s first novel for children, ‘Ophelia and the Marvellous Boy’ was published internationally to much acclaim. Her latest book is ‘Horatio Squeak’, which I spoke about in a recent Five on Friday Facebook Live – which you can see here. Her passions include her daughter, daydreaming, writing, baking, running and swimming in the sea.

FOLLOW IT UP IN THE HOME, CLASSROOM OR LIBRARY

11. Who do you think was the strongest character in the book?
12. If you could write an alternative ending to the book, what would it be?
13. If there was to be a second book to follow on from ‘Lenny’s Book of Everything’:

Activity:
At the beginning of each chapter a different weight and height is given for Davey. In a small group, record these on a graph. Each group could record their findings on different types of graphs (bar, pie etc). Then find the mean height and weight for an average child at the same age as Davey and record on the same or another graph (of the same type). Discuss the similarities and differences and compare your findings.

Activity:
Karen Foxlee uses an abundance of similes in ‘Lenny’s Book of Everything’. Find the following similes in the book and write the missing part and interpret them or alternatively finish these similes and write some more of your own:

Metaphors ooze throughout the book too. Find the following metaphors in the book and write what they mean or write some more of your own: 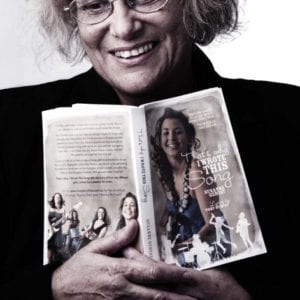