I was at a teacher librarian event a little while ago and we were discussing and debating some YA novels. Some of us (myself included!) were struggling with the exact differences between the genres of steampunk, sci-fi and fantasy. I knew Trish Buckley would be the woman to sort this out for us. Yesterday she reviewed for me dystopian YA, ‘The Disappearance of Ember Crow’ – all these genres really are her forte! Trish has provided a short definition and a few examples for each. All examples are young adult novels- suitable from around 12 years depending on maturity.

Click on titles or covers to purchase any titles.

Steampunk: stories set in an alternate universe, usually late 19th or early 20th century, where the technology is steam based.  There are lots of ways the technology can be integrated into the narratives. Best examples of this genre:

‘The Leviathan’ trilogy by Scott Westerfeld

Fantasy: has really developed into a huge sprawling set of sub genres. At its core, in the most traditional of fantasies, the worlds are comprised of a number of different creatures – elves, dwarves, humans, wizards; and then a number of evil beings… Orcs, demons, Most well-known examples in this genre are ‘The Hobbit’ and ‘Harry Potter’, but there are some others that don’t fit into this mainstream category. Other examples include:

‘The Girl of Fire and Thorns’ by Rae Carson

Sci Fi: Science fiction novels are usually classified by their outer worldliness rather than their ‘other’. They are predominantly set in the future and involve space travel. The tech of the world is usually far more advanced. Some excellent examples of books in this genre include:

‘Across the Universe’ trilogy by Beth Revis

‘The Hitchhiker’s Guide to the Galaxy’ by Douglas Adams.

The lifespan of a good book 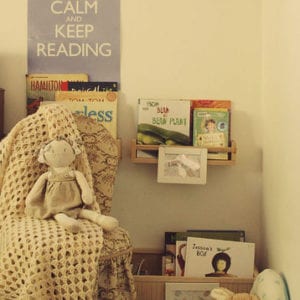 Picture Book Perfection: How to get the Most From a Shared Reading