What to Read After Harry Potter and Percy Jackson

Home » What to Read After Harry Potter and Percy Jackson

It’s a question yelled into cyberspace regularly, and to be honest even as a teacher-librarian I’ve struggled with this question. Where does a reader go when they feel like they’ve read the very best fast-paced adventure fantasies they’ll ever find? What does a parent or educator offer next? Should we worry about kids who just keep on re-reading the Harry Potter and Percy Jackson novels?

My eldest has binged Harry Potter* and spends all available birthday and pocket money on new editions, formats and merchandise.

For a recent birthday, she went to the Store of Requirement in Brisbane and had a HP mini bedroom makeover. She deeply loves the world of Harry Potter: the escapism, the warmth and hope infused in the writing and, of course, the magic.

And then there is Percy Jackson, totally different to Harry but both with chosen young heroes living in magical worlds full of folklore and mythology. Rick Riordan could not have nailed the ‘Percy Jackson’ series more perfectly. The series blends Greek mythology with the contemporary world and features characters who use their superpowers of ADHD and Dyslexia to ‘save the day’. They are epic. Riordan says, ‘Making Percy ADHD/dyslexic was my way of honouring the potential of all the kids I’ve known who have those conditions. It’s not a bad thing to be different. Sometimes, it’s the mark of being very, very talented.’ (credit and read more here).

One Tween Harry Potter Bedroom, even the sheets! More images below post.

So here is my list of ‘what to read next’ after the Harry Potter and Percy Jackson books have filled your kids’ bookshelves. You might also like to check out my top book lists for newly independent readers, middle primary kids and middle grade readers.

Oh and read on past the list for my thoughts on if we should worry about kids who seem to obsessively re-read favourite series.

What to read after Harry Potter and/or Percy Jackson

NB: Books are in very loose age order and the start of the list is for readers 9+. Please note that the list spans in suitability from age 9 – 18  Some books contain mature themes – please check the suitability of themes and reading level. These books are not all strictly fantasy/adventure. Click on title links for more information or purchase.

‘A Most Magical Girl’ written by Karen Foxlee

‘Tarin of the Mammoths’ series by Jo Sandhu

‘The School for Good and Evil’ series by Soman Chainani

‘The Land of Stories’ series by Chris Colfer

‘The Turnkey’ and ‘The Seven Keys’ by Allison Rushby

‘The Secrets of the Immortal Nicholas Flamel‘ series by Michael Scott

‘Zarkora’ series written by Nicholas and Alison Lochel (Currently out of print, source from your local library. #lovelibraries)

‘Song of the Lioness’ series written by Tamora Pierce

‘The Trials of Apollo’ series written by Rick Riordan

‘The Book of Lies’ trilogy written by James Moloney

‘Rebel of the Sands’ trilogy written by Alywn Hamilton

‘An Ember in the Ashes’ series written by  Saaba Tahir

‘Arc of a Scythe’ trilogy by Neal Shusterman

‘The Tales of the Otori’ written by Liane Hearn

‘The Ascendance Trilogy’ written by Jennifer A Neilsen

‘The Laws of Magic’ series written by Michael Pryor

Is re-reading that bad?

In regards to ‘should we move them on?’, I believe that giving young people choice in what they read is key to developing a love of reading. Teacher librarians and school libraries are all about free-choice reading and I’ve long been a vocal advocate for ‘let them read what they want when they want’. However, encouraging young people to read widely and enjoy a balanced literary diet is something that can add immeasurably to their reading enjoyment.

I compare a balanced literary diet to a balanced food diet and like our body, our brain needs variety in order to grow. I think there is no harm in saying, ‘right! Harry Potter is now dessert, but for the main course, I’d really love you to try one of the books from this list, you may even like it eventually!’.

Having said this? Harry Potter or Percy Jackson may always be a safe place to fall and there is no harm in this. I’ve heard from some students I taught 15 years ago and they still go back to Harry Potter ‘in the holidays’! It’s like me with Donna Leon novels!

*I do find it hard to see my daughter’s deep love of all things Harry Potter develop, as Dan was reading the series aloud to her in the months before he died. It took her nearly a year after his death for her to restart them on her own and, though I offered, she wanted to read them alone. As sad as I find it, I am so pleased she has the memory of the time he spent reading them with her. Dan himself had a strong love of Harry Potter, though not as strong as his devotion to the Rangers Apprentice series – which is one of the series I often recommend after HP. His love for Rangers Apprentice knew no bounds and he hooked my father and brother up with the writing of John Flannagan as well – hilarious to see grown men swapping kids’ books. I’d highly recommend all fathers and father figures (or mothers/mother figures) read a series like Harry Potter or Percy Jackson with their children – they will enjoy them as much as the young readers and will also be modelling a love of reading. 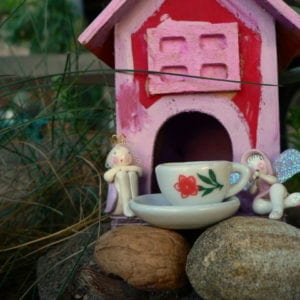