YOUR KIDS NEXT READ PODCAST

In episode 035 of the Your Kid’s Next Read podcast:

Are audio books ‘real’ books? Megan and Allison discuss the benefits of listening to stories, plus how to find great audio books for your kids – including some of their favourite narrators. Plus, Allison shares three top tips for writing groups and Megan has advice in transitioning your young reader to independent bedtime reading.

Click on the links to buy from Booktopia or shop all of the YKNR Podcast recommendations on our dedicated Booktopia page.

‘Fish Out of Water’ by Kate Hendrick

Why do audio books? by Megan Daley

Recommendations from YKNR for 7-10 year olds

Isla Fisher reads her own series Marge in Charge

David Tennant reads How To Train Your Dragon

Michael Horden’s narration of The Wind In the Willows

Authors reading their own books

lan Brough reads Charlie and the War on the Grannies

His Dark Materials trilogy. Narrated by Philip Pullman himself, and with a full cast of actors performing the dialogue.

And so many more – visit Your Kid’s Next Read on Facebook and use the search function to find threads on audio books.

Three Tips and a Truth by Allison Tait

Connect with your show hosts

Meet Allison Rushby, the third member of #teamyknr. Find out about Allison and her books here.

Episode 16: Which e-reader should I buy my kid?

Episode 87: Back to School (Again) 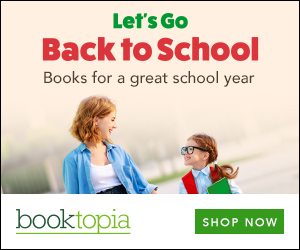