YOUR KIDS NEXT READ PODCAST

In the Summer Snacks Series of the Your Kid’s Next Read podcast:

Zanni is the author of Author of more than thirty kids’ books, including picture books, chapter books and books for 10-12 year-olds. We talked about her latest book Pigasus, as well as some exciting news about what’s coming in 2023.

BOOKS BY ZANNI AND MENTIONED BOOKS

This is Love by Zanni Louise and Sasha Haddad (Jan 23)

Take a Bow Noah Mitchell by Tobias Madden (YA)

Unnecessary Drama by Nina Kenwood (YA)

Zanni’s podcast is The Sunshine House

Sue Whiting is an award-winning children’s and YA author and editor who has worked in publishing for twenty+ years. Sue was senior commissioning editor and publishing manager for Walker Books Australia for many years before leaving in 2016 to concentrate on her writing. She is  the author of numerous books, including the bestselling Missing, the acclaimed The Book of Chance and a number of CBCA Notable Books. In this summer snack, we talk about her latest novel, what she’s working on now, and what’s coming up!

BOOKS BY SUE AND MENTIONED BOOKS

Oliver Phommavanh loves to make people laugh, whether it’s on the page writing humour for kids or on stage as a stand-up comedian. He also shares his passion for writing with kids, using his experience as a primary school teacher. Oliver has performed at various comedy and writers festivals around Australia and Asia. Oliver’s recent books include Brain Freeze, Don’t Follow Vee and Natural Born Loser, and he is best known for Thai-riffic!, Con-nerd and The Other Christy.

What about Thao? by Oliver Phommavanh

Inda Ahmad Zahri writes and illustrates stories that are often imbued with her fervent wish for a kinder world. Originally from Kuala Lumpur, she now splits her time between her garden home in Meanjin/Brisbane and a sandy spot in the Middle East.

Inda’s debut book Salih was a Notable book in the 2022 CBCA Picture Book of the Year awards. She has written several other picture books and received an ASA/CA Mentorship Award in 2021 to develop a middle grade novel.

The Month That Makes The Year by Inda Ahmad Zahri

Room for Everyone by Naaz Khan

American-born Renée Treml moved to Australia in 2007, where she was immediately captivated by the unique wildlife in this country. Drawing on her background in ecology, Renee’s began writing stories and creating illustrations that focused on animals and the environment. Renée has written and illustrated seven picture books including award-winning Once I Heard a Little Wombat, and Wombat Big, Puggle Small. She is also the creator of the hilarious graphic novels featuring Sherlock Bones and Ollie and Bea.

The Jammer by Nova Weetman (MG)

Jessica Walton is a queer, disabled writer and speaker. They are the author of graphic novel Stars In Their Eyes, with artwork by Aśka  and Introducing Teddy, illustrated by Dougal MacPherson. Jess also has two short stories for teens and kids published in Australian anthologies Funny Bones and  Meet Me at the Intersection, as well as poetry in a few anthologies, magazines and journals. They co-wrote an episode of Get Krack!n focused on disability, which aired on ABC in 2019.

BOOKS BY JESS AND MENTIONED BOOKS

Stars In Their Eyes by Jessica Walton and Aśka

Connect with your show hosts

Meet Allison Rushby, the third member of #teamyknr. Find out about Allison and her books here.

Episode 9: Should I worry about re-reading?

Episode 87: Back to School (Again) 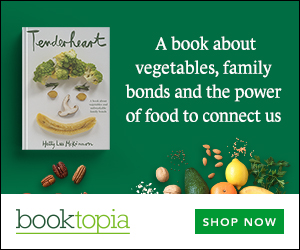