Home » Book Parties » How to Run an Online Party (because #covid19)

Last week was PudStar’s 12th birthday and she was meant to have a few close friends for a wood fired DIY pizza party, backyard firepit and sleepover.

Clearly with coronavirus hitting Australia (mid March 2020) and talk of social distancing, the party needed to be cancelled. When the world is in chaos, it feels like a party cancellation shouldn’t be a big deal but…12 years old. There were tears but she got it, in fact I was really proud of her level of understanding about the evolving global crisis which meant no pizza party for her.

Because I don’t sleep, hello lifelong insomniacs, I had a 3am thought about moving her party online. Roblox has hit our household and is huge in her age group. Feel absolutely free to judge me for allowing my children to online game…but then come and solo parent for me. Since being widowed there is absolutely more screen time in my house and while I understand online gaming is full of issues, I’m rather of the opinion that I would prefer them to be learning a few lessons at a younger age rather than when they are 16 #useyourimagination.

As a teacher librarian and someone who has been blogging for 7+ years, I understand (and have experienced firsthand) the ‘scary’ of being social online, but I also see the immense good. I have strict boundaries in place* but I also talk to my children, and my students, about how much good exists online and how much I myself love the online world.

(photos not fab – Friday night feels and #covid19 lack of care about images!)

We delivered party packs to friends with a message saying ‘Don’t Open until 6pm Friday! Online Parties are the New Black. Join me at 6pm on Friday on Roblox to celebrate’.

Party packs contained: Lifesavers (my personal joke to amuse myself), lollies and chips, a birthday cake candle, birthday party whistle thing and light up wrist band. As a teacher librarian, party bags for my kids’ parties have always been books so the fact I was giving out junk food was in itself a tick for me!

I contacted all parents and let them know that I would be supervising the online party and that if their child was not on Roblox they were so very welcome to join the party on Facetime. I set a time period of 6 – 8pm (which was extended until 8:30pm by popular demand).

We started at 6pm in a group chat with the girls opening their boxes and blowing whistles and singing happy birthday, before ‘meeting’ in Roblox on a second device (group chat was open the entire time). For the first five minutes I thought, ‘this is going to last 20 minutes tops’ as they all seemed a bit unsure…despite the fact that they are constantly sneaking devices to play Roblox at other times.

I kept out of it and let them be and 20 minutes in they were off and flying (literally flying and teleporting in Roblox) and they did not stop laughing and chatting for 2 hours, at which point they had a makeup/facepainting competition before I pretty much kicked them all offline at 8:30pm.

The entire ‘event’ was exceptional on so many levels. Once the initial ‘this is weird’ was over, they all shrieked and laughed and had a ball…after a long week it was a joy to witness their pure delight at being ‘together but not together’.

I was incredibly impressed by the attendees’ behaviour in an online space. They supported the girls who were not as tech savvy or proficient in Roblox, they negotiated which sections of the game to be in and they dealt with a ‘rando’ coming into their game – ‘do we tell them to go away’, ‘I’m going to report’, ‘let’s move to another server’, ‘no let’s just ignore and they will go away – if we talk to them they will stay’ (the ‘rando’ did get bored and leave).

Best of all (for me) was that I discovered that online parties have no clean up involved and one can sit on the couch with a glass of wine to supervise.

Good luck if you run your own online party! Comment below and let me know how it goes!

* A note on my device/online boundaries! People often ask about my ‘device management’, given it ‘looks’ like my children read *so much*. Look, I’ll be honest, they DO read a lot. In fact, I sometimes have to remove books from them to make them interact. Feel free to be jealous…but then remember the rest of the chaos of my life and you’ll feel much better #true.

So yes they LOVE reading, but they are also screen-obsessed like many young people, and when solo parenting kicks me to the kerb some (most) afternoons, I give in on the screen time and my kids have a lot more access than they once did.

I use screentime limits, Apple family sharing/limits and we have a technology agreement which we wrote together stuck to the fridge. Does it all work? No not really. I woke up recently with my phone IN MY FACE as one child tried to Face ID me as I slept…to get access to an app. I have also had to STOMP into rooms late at night to confiscate devices which were SNUCK out of the InChargeBox (when I’d left it unlocked).

The biggest gamechanger for me has been the InChargeBox and this is NOT SPONSORED and I purchased my box (and just purchased a second one actually IN YELLOW *yay!* because we have *so many devices* right now).

All devices go into the box, are plugged to charge into the 10 USB ports and the box is LOCKED. Locking devices up takes away all temptation, removes the clutter and ALL our devices can go in – iPads, phones, iPods, tablets, Nintendo DS…and I sometimes put the remotes in too.

The boxes are also VERY NON-UGLY…in fact they are very nice looking…maybe this doesn’t matter to most but I like things that are modern and streamlined and THE RIGHT COLOUR so this matters to me!

‘The Year the Maps Changed’

‘The Heroes of Olympus’ (series)

The lifespan of a good book 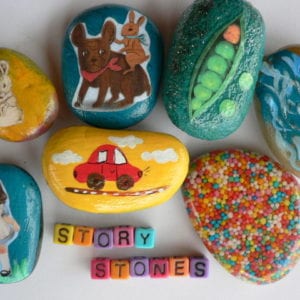