Shake & stir is one of the country’s leading contemporary theatre companies touring Australia and New Zealand since 2006. They tour as in-school and mainstage productions and are well known for their book to stage adaptions, making them one of my favourite theatre companies, because clearly, I love seeing books come to life! Adaptations have included Dahl’s Fantastic Mr Fox, George’s Marvellous Medicine and Revolting Rhymes & Dirty Beasts, Wuthering Heights and Animal Farm.

It’s been a year devoid of live theatre and Queensland audiences are in for some much-needed joy as Charles Dickens’ ‘A Christmas Carol’ returns to Queensland Performing Arts Centre (QPAC), from 16 to 24 December 2020 with tickets on sale now.

I will live in the Past, the Present, and the Future. The Spirits of all Three shall strive within me. I shall not shut out the lessons that they teach!”

The shake & stir adaptation of ‘A Christmas Carol’ is masterful and magical and one cannot help but leave QPAC with the true spirit of Christmas and the pure joy of great theatre fizzing around inside you. The seamless melding of digital wizardry with skilful acting, joyous caroling and impressive costume and set changes makes for 90 minutes of enchanting theatre. The shake & stir team have captured the very essence of ‘A Christmas Carol’, its moments of both gravity and tenderness are all peppered with wit and good humour and I shall be exclaiming  “It’s got nothing to do with me” for some time to come!

Hailed as one of Dickens’ most popular stories, ‘A Christmas Carol’ serves as a timeless and timely reminder to avoid the pitfalls of selfishness, to think of those less fortunate and honor the true spirit of Christmas. It’s a story as relevant today as it was when Dickens first put pen to paper in 1843.

I had the opportunity to ask Artistic Director Nelle Lee a little about the process of adapting a book for the stage.

Thank you for your time Nelle!

We are a very collaborative company; our cast and creatives all have voices when it comes to developing the story and the characters.

1. I know that *way back when* you approached your old high school and started after school drama classes for them. What would you say to parents/caregivers/educators who want to encourage young people with their interest in acting or writing?

It actually went way WAY back when, as it was my primary school I approached all those years ago! Encouragement for young actors and or writers is just as important as determination and ability.

2. At several points throughout the primary and secondary schooling years, plays are studied as part of the English curriculum. I know shake & stir offer masterclasses in schools and resources for educators – what do you see as the key benefits to young people studying plays and productions?

Regardless of whether it is an original Australian work or one of the great Shakespearean classics; plays are created to be spoken and performed.

I think any opportunity young people have to access digestible theatre is extremely valuable. It’s also very important to create a positive first experience, by allowing students to see the story and characters come to life on stage, and then unpacking it in a masterclass with the actors is always a fantastic way to engage a young audience.

Tension and rich characters are definitely two of the things that make a book appealing to adapt. Atmosphere and mood are also personal favourites of mine. I guess that is why I love gothic literature so much?

4. In terms of adapting a story for the stage, what is your starting point (I am imagining multiple readings!)?

Yes, I definitely start with reading the book again. And again. Most of the novels I have adapted, I would have first read in primary school, high school or university.

Classics have the amazing ability to resonate differently, depending on where you are in life. I hope our theatrical production do the same!

It’s got nothing to do with me!

Ebenezer Scrooge in ‘A Christmas Carol’

5. It’s no small task to take on the writing of Dickens, as you have done with A Christmas Carol. Was Shake & Stir at all daunted by taking such sophisticated storytelling?

Storytelling is what we love doing and what we do best (Bias? Maybe…😉 ).

When you have a master storyteller like Dickens as your starting point, the incomparable Michael Futcher as your captain, throw in some of the best actors this state has ever produced, well – you could say we were quietly confident from the get go!

6. Can you tell us about the process of adapting A Christmas Carol?

I worked very closely with our director/dramaturg Michael on trying to distil the essence of the story. We worked through the characters we knew we wanted to follow (there are always some casualties when adapting for stage) and then started to extract the passages of the book that really gave life to their journeys.

We are a very collaborative company; our cast and creatives all have voices when it comes to developing the story and the characters.

It’s Christmas Eve and Ebenezer Scrooge is counting down the seconds until the silliness of the season passes. Deeply entrenched in his own misery, Scrooge receives a visit from four ghosts who whisk him away on a journey through time to show him fragments of Christmas past, present and future. Redemption is his for the taking – but is Old Scrooge capable of changing his ways before it’s too late?

Charles Dickens’ A Christmas Carol returns to Queensland Performing Arts Centre (QPAC), from 16 to 24 December 2020 with tickets on sale now. 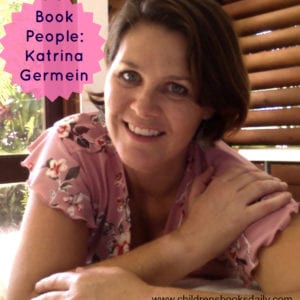